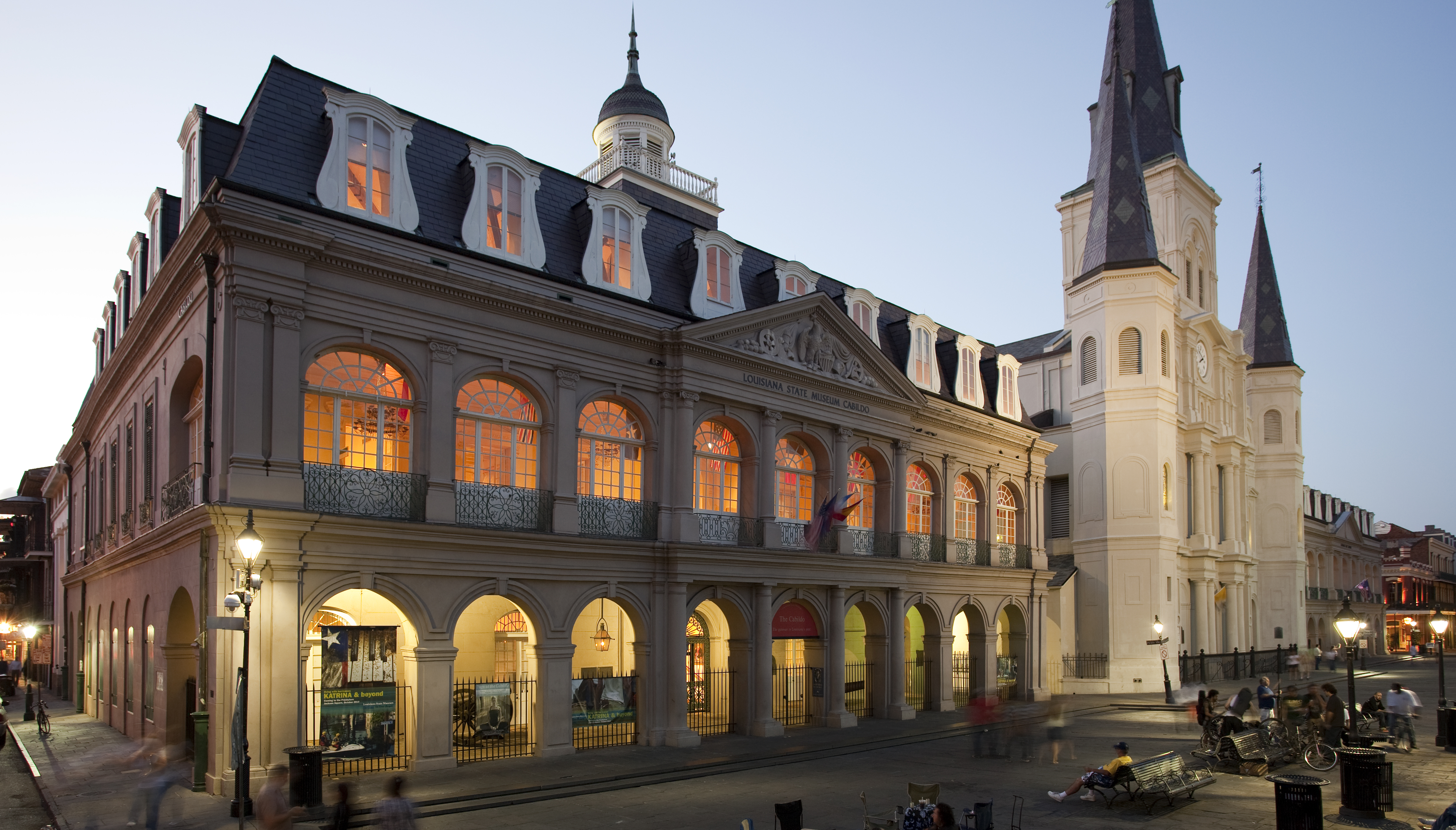 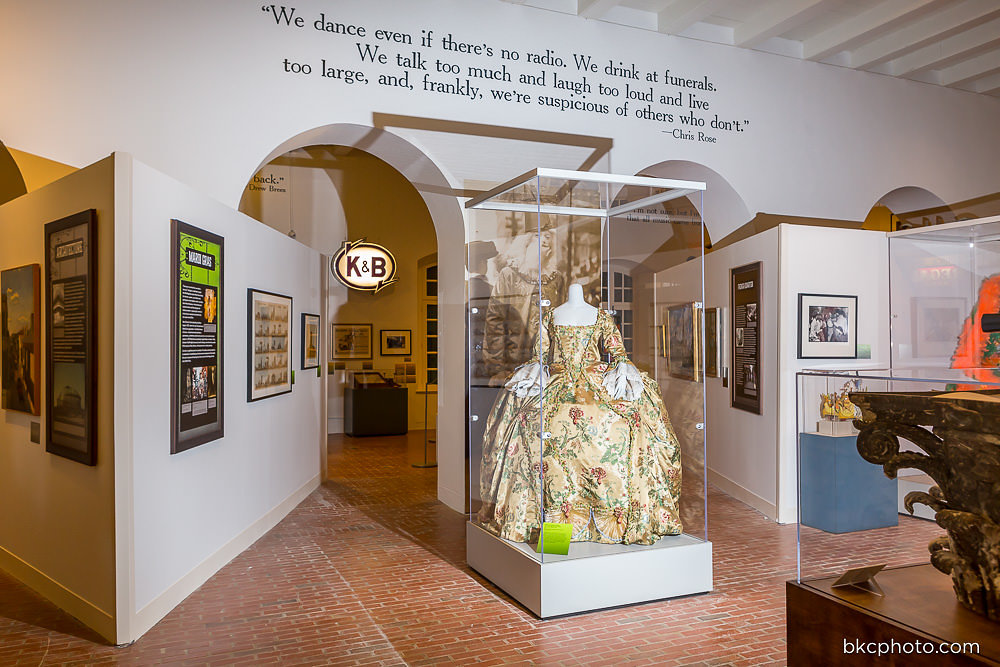 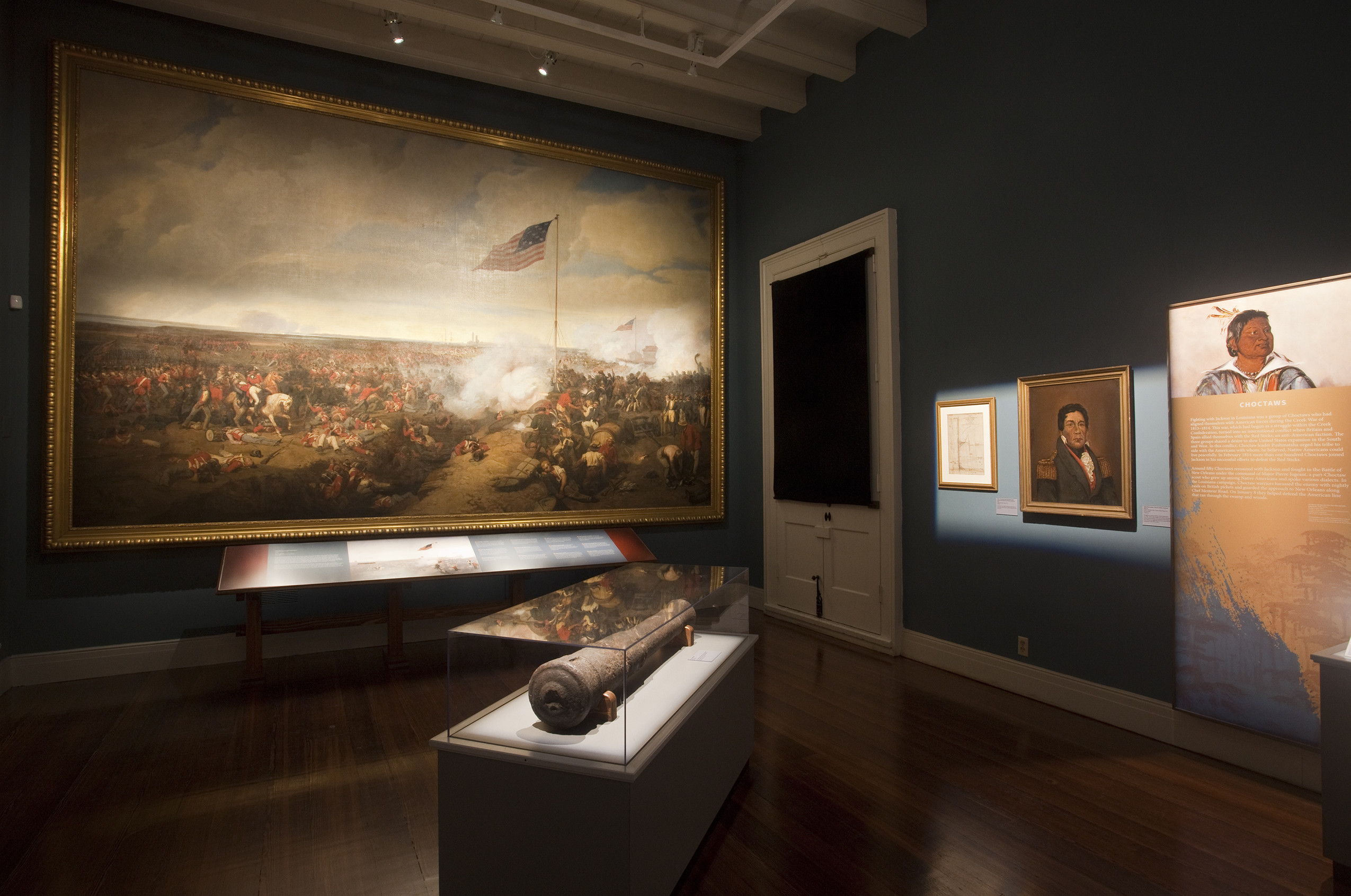 ATTENTION: The Cabildo will be closed Friday, December 2 for a private event.

The Cabildo currently has education programs on the following subjects:

ATTENTION: The Cabildo will be closed Friday, December 2 for a private event.

Your visit to New Orleans’ historic French Quarter would not be complete without a stop at Jackson Square, which is where you will find the Cabildo. This elegant Spanish colonial building neighbors St. Louis Cathedral and houses many rare artifacts of America’s history.

In commemoration of the city’s 300th anniversary, the Louisiana State Museum debuted a new exhibition, We Love You, New Orleans!, celebrating people, places, and things that are quintessentially New Orleans including Sidney Bechet’s saxophone, a Mardi Gras Indian suit, memorabilia from Pontchartrain Beach, and a K&B sign, among other things.

Using a variety of artifacts, images and documents, the exhibition From "Dirty Shirts" to Buccaneers: The Battle of New Orleans in American Culture opens with an exploration of the battle’s history, emphasizing the diversity of its participants, and closes with an investigation of how the battle has been remembered, commemorated and represented.

Come visit the Cabildo, the site of the Louisiana Purchase transfer ceremonies in 1803 and one of Louisiana’s most significant historical buildings. From landmark court cases to visits from international ambassadors, many important events in Louisiana have taken place within the Cabildo. The three floors of Cabildo exhibitions cover the history of Louisiana by featuring artifacts such as documents, paintings and 3D objects from the museum’s vast collection.

The Cabildo was built under Spanish rule between 1795 and 1799, following the Great New Orleans Fire of 1788 that completely destroyed the structure that stood on the property. Designed by Gilberto Guillemard, who also designed the neighboring St. Louis Cathedral and the Presbytère, the Cabildo was the site of the Louisiana Purchase transfer in 1803, which finalized the United States’ acquisition of the Louisiana Territory and doubled the size of the fledgling nation.

The Cabildo served as the center of New Orleans government until 1853, when it became the headquarters of the Louisiana State Supreme Court, where the landmark Plessy v. Ferguson decision originated in 1892.

The building was transferred to the Louisiana State Museum in 1908 and has since served to educate the public about Louisiana history.

In 1988 the Cabildo was severely damaged in an inferno and, within five years, the landmark was authentically restored with 600-year-old French timber framing techniques. It was reopened to the public in 1994, featuring a comprehensive exhibit on Louisiana’s early history.

This remarkable building’s tumultuous past is reason enough to pay it a visit, but the historical treasures within make it an absolute must-see. 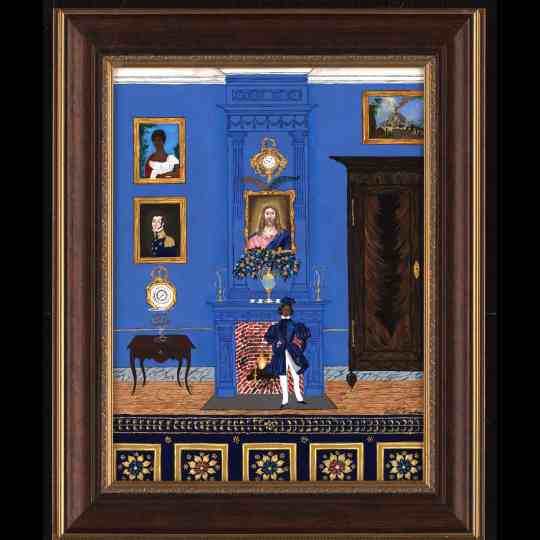 Mobile native and long-time New Orleans resident Andrew LaMar Hopkins is a self-taught artist who brings nineteenth-century Creole culture in New Orleans to life with his stunningly detailed and colorful paintings. An antiquarian, collector, and... 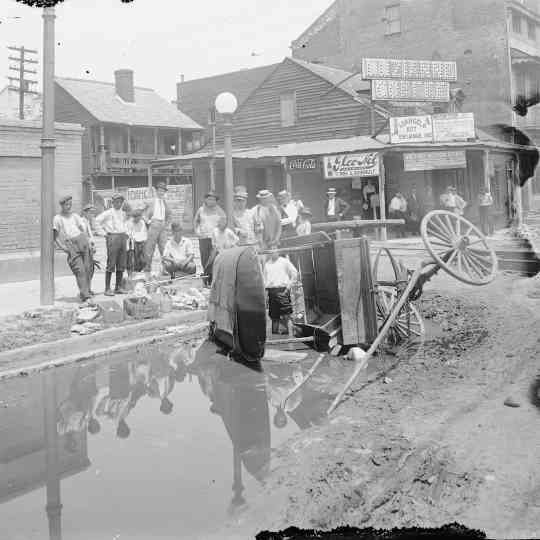 Lens to the Past: The Photographs of George François Mugnier

Lens to the Past: The Photographs of George François Mugnier

The prolific work of George François Mugnier (1856–1938) is one of the Louisiana State Museum’s most treasured photography collections. Produced primarily between 1880 and 1920, it offers a glimpse of New Orleans cityscapes, southeast Louisiana... 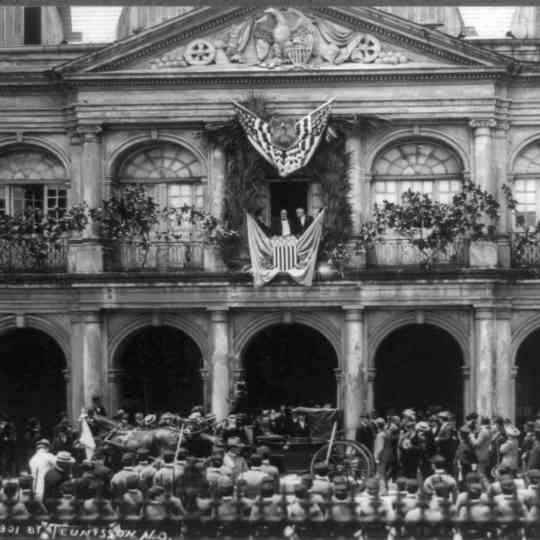 People have been making history at the Cabildo for more than two hundred years. Politicians, government officials, and members of the public who gathered at the Cabildo shaped law, politics, society, and culture in New Orleans and Louisiana. The... 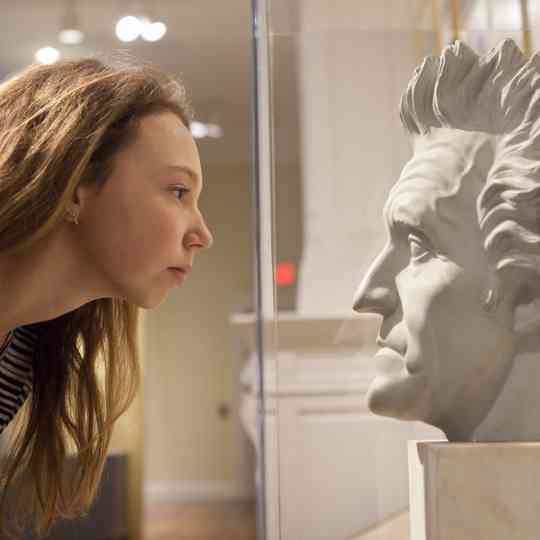 This exhibition commemorates the Battle of New Orleans. The overwhelming defeat of the British Redcoats at the hands of a rag tag band of “dirty shirts”—as the British derisively called their foes—captured the American imagination,... 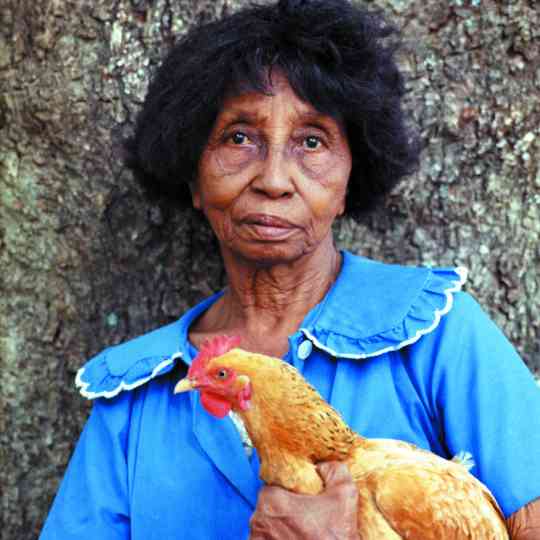 Marking Pictures: the Life and Work of Clementine Hunter

Marking Pictures: the Life and Work of Clementine Hunter

This exhibition explores the life and work of Clementine Hunter, one of the most important self-taught American artists of the twentieth century. Hunter, who referred to painting as “marking,” produced thousands of images drawn from her... 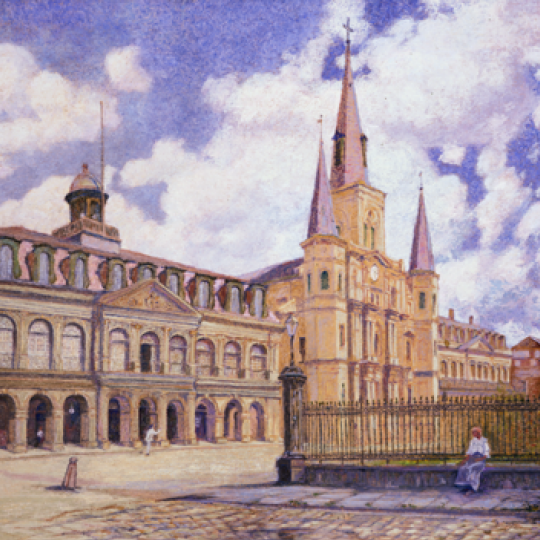 We Love You, New Orleans

We Love You, New Orleans

As part of New Orleans’ tricentennial activities, the Cabildo is proud to open a brand new exhibition, We Love You, New Orleans. Celebrating the people, places and things that make New Orleans one of the nation’s most unique cities to... 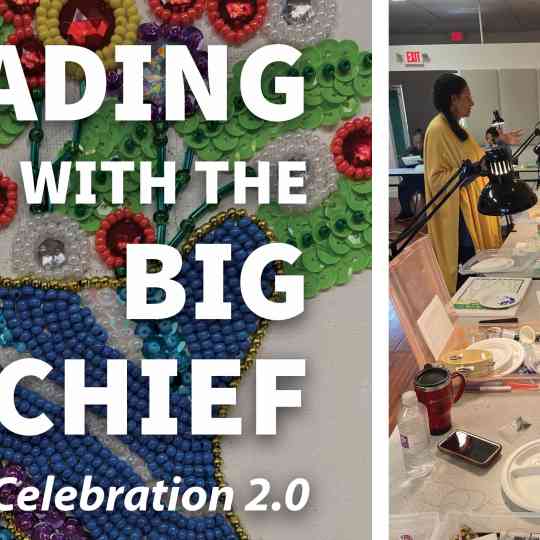 Join us for a celebration and showcase of the artwork created by the students in Beading with the Big Chief, an adult beading course taught by Big Chief Darryl Montana and Big Queen Dianne Honoré of... 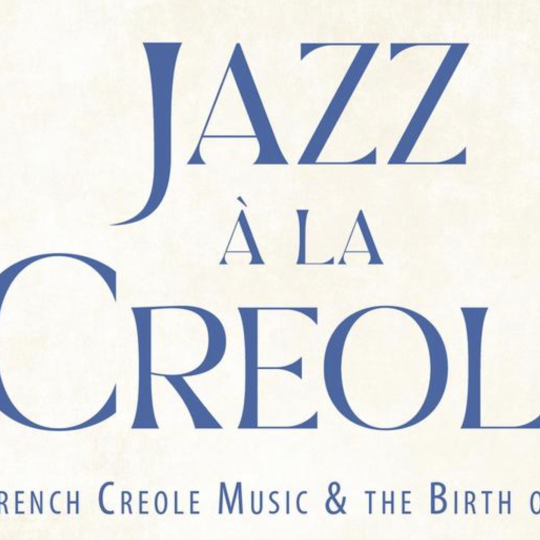 Join us for an evening with Caroline Vézina as she discusses her forthcoming book, Jazz à la Creole: French Creole Music and the Birth of Jazz (University Press of Mississippi, 2022). This... 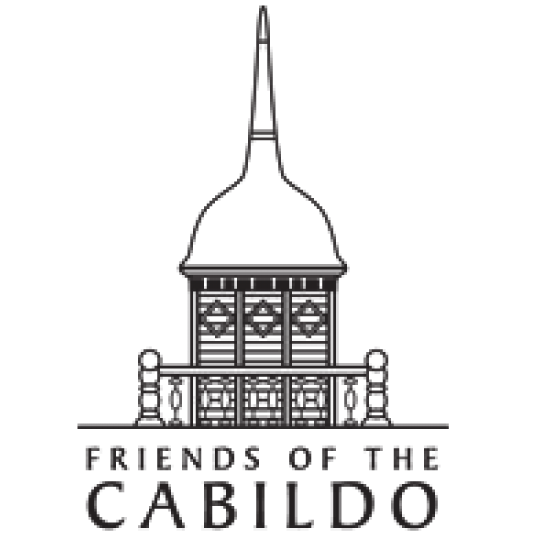 Friends of The Cabildo

Friends of The Cabildo