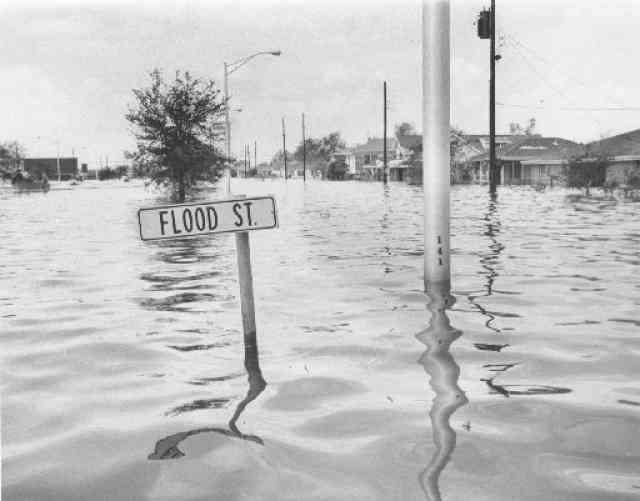 An exhibition of photographs from the museums permanent collection, the images show the resilience of the people of Louisiana in the face of adversity and their enduring goodwill toward neighbors in times of disaster. Sept. 9, 2015, marks the 50th anniversary of Hurricane Betsy. Nicknamed Billion-Dollar Betsy because it was the first storm to cause more than $1 billion in damage, the category 3 storm came ashore at Grand Isle, killing 58 in Louisiana and flooding more than 22,000 homes in greater New Orleans.

Forty years later, hurricanes Katrina and Rita caused far greater havoc. Both storms at sea reached Category 5 and weakened to Category 3 before making landfall. On Aug. 29, 2005, Katrina first came ashore at Buras, and then at the Louisiana-Mississippi border, becoming the costliest hurricane in U.S. history and the third deadliest, with 1,833 killed. On Sept. 24, Rita hit the Texas-Louisiana border, with minimal loss of life, though more than 100 deaths were attributed to evacuation.