A Century on Harmony Street: The Kohlmaier Cabinetmakers of New Orleans 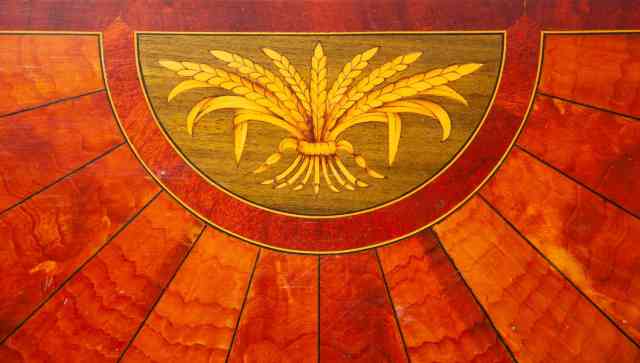 The youngest of eleven children, Ruppert Kohlmaier, Sr. was born in the German town of Kranzberg, outside Freising, northeast of Munich. The Kohlmaiers were successful wheat farmers who lay claim to vast acres, including Pontalusburg, a mountain later seized by the Nazis. As a youth, Ruppert began constructing furniture, for which he evinced an extraordinary talent of efficiency, balance, and beauty.

Having spent several years studying cabinetmaking in Freising, Kohlmaier observed a newspaper advertisement for Rio de Janeiro and moved there in 1925. From Brazil, he traveled to New York, and finally settled in New Orleans.

By 1928, Kohlmaier, Sr. was the highest-paid cabinetmaker in New Orleans, earning $68.50 per month. In January 1930 he married Eulalie Victoria Martinez, originally from Belize (British Honduras). While he began his local career working for Feldman Antiques Emporium, by 1937 he had established his own enterprise at 4904 Daneel Street.

In 1954, after son Ruppert Kohlmaier, Jr. completed study at De La Salle High School, the firm became Kohlmaier & Kohlmaier. Kohlmaier, Jr. continued his training at Tulane University, in Germany, and with other local carvers such as Maurice Heullant, who worked with the Kohlmaiers extensively.

The Kohlmaier story, told in this exhibition and accompanying catalogue, parallels New Orleans emergence from the Great Depression and the era of prosperity that followed. By the late 19th century New Orleans' local furniture craftsmanship had disappeared due to the prevalence of retailers such as Prudent Mallard, who largely imported their stock. In the 20th century, the Kohlmaiers single-handedly revived a tradition of fine bespoke furniture. Their account books document many commissions.

The Kohlmaiers' extraordinary pieces that grace homes and businesses are a testament to their perseverance, goodwill, and ongoing appreciation for their remarkable skill.

A Century on Harmony Street: The Kohlmaier Cabinetmakers of New Orleans, written by New Orleans Art Historian Cybèle Gontar and published by the Louisiana Museum Foundation, discusses the distinctly Anglo-American style of Kohlmaier furniture, which responded to the early 20th-century zeal for traditional and well-loved Chippendale, Hepplewhite, and Sheraton styles—spurred, in part, by the Colonial Revival.